Shopping Cart
Your Cart is Empty
Quantity:
Subtotal
Taxes
Shipping
Total
There was an error with PayPalClick here to try again

Thank you for your business!You should be receiving an order confirmation from Paypal shortly.Exit Shopping Cart

Vegas and his school project 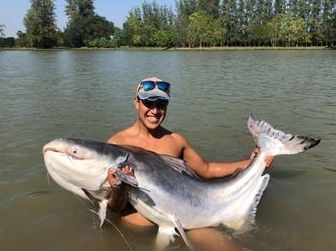 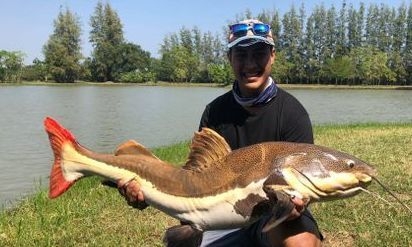 It has been a while since we were able to take clients fishing during these Covid times and it was a nice relief being able to go out and fish again when Vegas needed to catch a few species for his school project on the effects of dams on native species of Thailand. The goal was to catch four different species that he has identified which are the Chaopraya Catfish, Juliens Carp, Siamese Carp and Mekong Catfish. Obviously, the lakes that we needed to fish were IT Lake Monsters and Bungsamran. The first day at IT started off well with Vegas landing a really nice size Juliens as well as a Mahseer. The afternoon was focused on the Chaopraya Catfish and the lake did not disappoint.

The second day was a visit to Bungsamran with the focus on a Mekong Catfish and Siamese Carp but Vegas also had a really nice Hoven's Carp and Rohu for the day. All footages for the school project turned up well and our team can't wait until tourism is back in full swing. 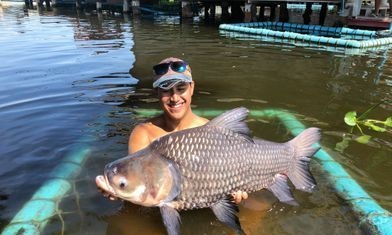 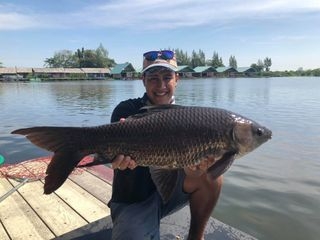 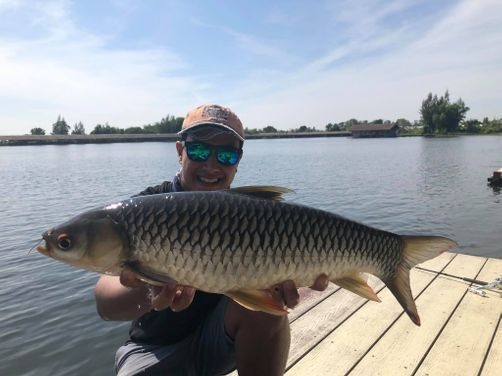 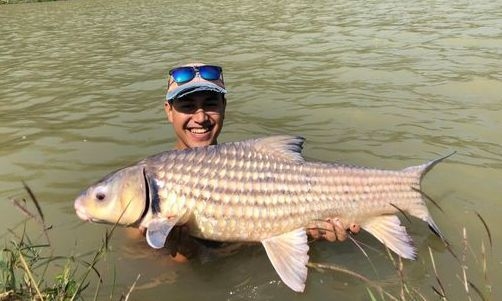